A fireman accused of covering up for his colleagues over missing valuables belonging to Cradle Fund CEO Nazrin Hassan said he saw one of the accused remove some items from the dead man’s bedroom.

Tan Hoss Bah Agem, the 13th prosecution witness in the murder trial, denied lead defence lawyer Muhammad Shafee Abdullah’s accusations that Nazrin’s Tissot watch and an undisclosed sum of cash were stolen by firemen or policemen at the scene.

Tan Hoss, who was the acting supervisor at the Damansara fire station, told the court the valuables were taken by one of the accused.

Nazrin, 45, was found dead in his room at his Mutiara Damansara home in Petaling Jaya on Hari Raya eve on June 14 last year.

His wife, Samirah Muzaffar and her two teenage sons are charged with his murder.

At the Shah Alam High Court today, the 28-year-old Tan Hoss was grilled on a police report lodged by Samirah who alleged that her husband’s Tissot watch and cash notes went missing after the fire was put out.

“The protocol was breached. The crime scene was not guarded by the authorities and therefore there was contamination of evidence,” Shafee told the witness.

Tan Hoss disagreed and argued that one of the accused went up to the room and removed the items.

“So, you are saying that this accused went up to the crime scene without getting any permission and grabbed the phone and cash notes, walking past the dead body?” Shafee asked.

Tan Hoss stood his ground, stressing that he saw one of the accused taking the things but could not be sure if it was the watch or the money.

The witness, however, admitted that the standard operating procedure was breached when the accused was allowed to enter the crime scene while the investigation was ongoing.

Last week, another prosecution witness lost her cool when she was also accused of lying by Shafee.

Retired female police officer Nur Ronal Adnes Amir snapped at Shafee when he accused her of fabricating her witness account, leading to an intense argument that caused Shafee to tell the witness not to fight with him.

Nazrin’s case was originally classified as sudden death but that was changed to murder after investigators found traces of petrol in the room.

In the first post-mortem, pathologists concluded that Nazrin died of head injuries caused by an exploding handphone.

A second post-mortem that required the exhumation of the body revealed that Nazrin had sustained head injuries from the application of a blunt object.

Samirah, daughter of prominent Muslim thinker Chandra Muzaffar, and two children are defended by a team of seven lawyers led by Shafee. 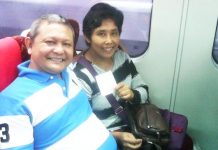 Stats on Coronavirus from Health Minister

HEALTH January 27, 2020
The following are statistics made available by Health Minister Dzulkefly Ahmad

Facts About the New Coronavirus

HEALTH January 27, 2020
A new virus that has killed 81 people in China can spread before symptoms show up, Chinese health authorities said, adding that its incubation period can range from one to 14 days.

Ban on Visitors from Wuhan, Hubei

HEALTH January 27, 2020
Malaysia imposed a temporary ban on Chinese nationals arriving from the city of Wuhan and surrounding Hubei province on Monday.

Indira Gandhi to Sue IGP for RM100M over Missing Daughter

NEWS January 27, 2020
M Indira Gandhi is suing the IGP for RM100 million over the failure to track down her missing daughter Prasana Diksa.

DEBUNKED January 27, 2020
Malaysians have been warned to stop spreading false information on the 2019 Novel Coronavirus (2019-nCoV).
© The True Net. All Rights Reserved