Reportedly, preacher Zakir Naik has engaged a lawyer in Malaysia as India nears completion of its legal process for his extradition from Malaysia.

Lawyer Shaharudin Ali said he had informed the inspector-general of police and the attorney-general to refer to him in the event an extradition request is made, FMT reported.

According to the Hindustan Times, India’s National Investigation Agency (NIA) has charged Zakir and his Mumbai-based Islamic Research Foundation (IRF) with indulging in unlawful activities and promoting religious hatred.

Reportedly, the Indian government has imposed a five-year ban on the IRF under the country’s anti-terror laws and has declared Zakir an absconder.

The Indian daily also said that India’s legal process for approaching Malaysia for the extradition of Zakir Naik is “nearing completion” and soon an official request will be sent, according to the country’s external affairs ministry.

On Nov 8, Deputy Prime Minister Ahmad Zahid Hamidi told the Dewan Rakyat that if India requests that the controversial preacher be extradited via Mutual Legal Assistance, Putrajaya will comply.

NIA had previously requested Interpol to issue a “red notice” for the arrest of the 52-year-old preacher, who is said to be residing in Putrajaya.

Nov 8, DPM on Status of Zakir Naik in Malaysia

One Year to Exhaust Appeals Process for Najib After SRC Verdict

Liew Chin Tong: Too Early to Say PH Has 130 MPs in Its Corner 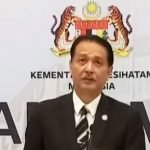 One Year to Exhaust Appeals Process for Najib After SRC Verdict

DEBUNKED June 5, 2020
After the Kuala Lumpur High Court delivers its verdict on Najib's SRC case on July 28, the ensuing appeals process will be exhausted in a year.

DEBUNKED June 5, 2020
Amanah deputy president Datuk Salahuddin Ayub today denied that he and several other leaders of the party will be joining Bersatu soon as claimed by certain quarters.

DEBUNKED June 5, 2020
Ulya also claimed that an MACC dragnet is closing in on youth members who have been critical of Muhyiddin.
© True Net Media Com Sdn Bhd. All Rights Reserved