Datuk Seri Tengku Adnan Tengku Mansor said the RM2 million which he purportedly received as a kickback from a property developer four years ago was a political donation for Umno.

The former federal territories minister stressed that he had never intended to use for himself the money that was for the expenses of the Sungai Besar and Kuala Kangsar by-elections.

Answering to his corruption charge today, he said: “I do not need the RM2 million for myself.”

Tengku Adnan, who was entering his defence in the High Court, said he was already a successful businessman involved in various businesses, including real estate, logging, manufacturing, trading, agriculture, hotel, livestock and food even before joining the cabinet in 2001.

He said he was financially comfortable and had no intention to receive RM2 million from Aset Kayamas managing director Tan Sri Chai Kin Kong for his own use.

The Umno treasurer said it was a usual practice to raise political donations to pay for the campaign and incidental expenses for the elections and among the people he had asked for donation from was Chai, a friend whom he had known for over 30 years.

He said Chai had been making donations to Umno and Barisan Nasional since he (Tengku Adnan) became Umno executive secretary in 1999.

However, he said he had used his own money in advance to pay for Umno’s expenses for the preparations of the by-elections since Chai needed time to raise the funds at that time.

“I received the political donation from Chai via cheque for a sum of RM2 million on June 14, 2016, which was late because the elections had been scheduled for June 18, 2016.

“I wish to reiterate that it is public knowledge in Umno that I often make advances to Umno and would look for donations and sponsors to support Umno matters,” he said.

Tengku Adnan said if he had intention to use the money for himself, he would not have deposited the RM2 million cheque into his company Tadmansori Holdings Sdn Bhd’s account, adding that due to his wide experience in business, he knew that money banked into a company’s account would have a record.

Meanwhile, while tendering related documents, Tengku Adnan’s counsel Datuk Tan Hock Chuan applied for the Declaration of Assets to be tendered in camera as it was a ‘sensitive’ document, but it could help with the defence case.

Tengku Adnan, 69, is facing a charge of accepting RM2 million from Chai via a cheque belonging to Aset Kayamas which was deposited into a bank account belonging to Tadmansori Holdings, a company owned by his family.

He faces up to two years’ jail or fine or both, if found guilty under Section 165 of the Penal Code.

Tengku Adnan today also accused unnamed parties of trying to orchestrate his downfall, by tarnishing his name within the business circle, even going as far as labelling the criminal charges levelled against him as politically motivated aimed at destroying Umno and Barisan Nasional (BN).

“Even today, they are tarnishing me so that in the business circle I will look bad. Today, I am sad to see what is happening to me.

“Irrelevant charges framed against me because I hold high party position and their thoughts are that I am the funder of Umno/Barisan Nasional.

Tengku Adnan included within his testimony how he was always forthcoming with his personal funds when it came to financing Umno or BN, then claiming how Umno’s Youth wing still owes him some RM17 million without elaborating.

Day One of NFC Trial

Ezam: Azmin Was Middleman for PAS and Dr M

NEWS February 17, 2020
Ezam Mohd Nor has claimed that Azmin Ali acted as a go-between for senior PAS leaders to meet Dr Mahathir.

ISSUES February 16, 2020
The question of who will succeed Wan Azizah as Deputy Prime Minister. 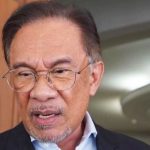 Which PKR MPs Trying to Get Dr M to Stay Full Term? Everyone Denies,...

NEWS February 16, 2020
Anwar Ibrahim had on Thursday confirmed that there was a "plot" to keep Dr Mahathir as prime minister for a full term and admitted the involvement of some MPs from his party.

PERSPECTIVE February 15, 2020
The Star figured it wrongly.
© The True Net. All Rights Reserved