Lawyer claims ‘hidden hands’ at play in the case to implicate his client and issues a warning against those allegedly orchestrating the move.

The Malaysian Anti-Corruption Commission (MACC) has denied claims that it received instructions to ignore evidence and threaten witnesses in the investigations into the case involving a senior member of the Tabung Haji Board.

The MACC was referring to the case of a senior Tabung Haji official with the title ‘Datuk’ who had been remanded for four days to assist in the probe over a graft allegation involving a house renovation worth RM400,000.

Following news of his arrest, the Datuk’s lawyer Mohd Khairul Azam Abdul Aziz claimed ‘hidden hands’ were at play in the case to implicate his client.

He said his client had submitted all relevant evidence to the MACC, including the quotes given by the contractor, as well as all details of discussions between the client and contractor of the house renovation.

“However, the MACC was instructed to turn a ‘blind eye’ to all the evidence. The investigation was done to establish a claim that my client allegedly obtained free services from a Tabung Haji contractor due to his position.

“All the witnesses were threatened in order to provide false statements against my client. We have the necessary documentation to prove our client’s innocence,” he was quoted as saying by the New Straits Times.

The lawyer was also reported to have issued a warning against those allegedly orchestrating the move.

“You can bully us when you’re in power. But you won’t know what the future holds, whether you’ll be able to retain that power,” he warned in his statement.

The issuing of a statement by any party or individual linked to an ongoing probe could affect the investigation process, said MACC.

The agency added that it was almost as if such statements were an attempt to “force MACC to reveal details of the case to the public”.

However, MACC said it would not reveal any information and will submit its investigation paper to the Attorney-General’s Chambers, who is also the public prosecutor, to make a professional decision.

In a statement today, the graft-busters also stressed that it always acted professionally and abided by the rule-of-law in the investigations without being influenced by any quarters.

“Arrests or detentions by the MACC are meant to help in the investigations which are based on solid evidence.

“The MACC always observes the standard operating procedure, the laws and set regulations in carrying out investigations in a transparent, independent and professional manner without bias to any individual or organisation to cleanse the country of bribery, misuse and abuse of power.” PERSPECTIVE January 21, 2020
P Ramasamy has lambasted Syed Saddiq for criticising him and several other PH leaders for harping on the transition of power issue. 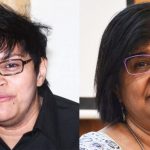 Brickbats from Azalina, Ambiga to Ramkarpal on Blaming PM for By-Election Defeats NEWS January 21, 2020
The Kelantan government’s decision to buy 14 German luxury cars despite not having enough funds for its civil service payroll raises some “important questions”. 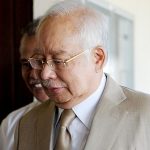 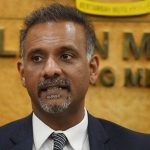 PERSPECTIVE January 21, 2020
As the head of government, Dr Mahathir must take responsibility for PH's defeat in five by-elections.
© The True Net. All Rights Reserved