The remuneration equivalent to about 35 percent of the company’s net profit for the year ended January 31, 2017.

Chief executive officer (CEO) Tan Sri Shahril Shamsuddin survived a bid to oust him as director and CEO amid unhappiness over his total pay package of RM71.92 million in the financial year 2018 ended Jan 31 (FY18).

At the company’s AGM on Wednesday, Shahril, who earns nearly RM200,000 a day, managed to stave off the move by institutional investors to remove him as Sapura Energy’s CEO.

In a poll, Shahril managed to get about 82% of the votes to keep his job as a director of the company. All the other resolutions were passed by shareholders.

The institutional shareholders have deemed his remuneration as excessive and are unhappy, according to the Minority Shareholder Watchdog Group (MSWG). “This is the first time that the Institutional Investors Council has taken this collective decision to vote against (directors’ re-election).

“His pay package has been excessive over the years,” MSWG’s general manager Lya Rahman said.

Shahril’s remuneration of RM71.92 million for last year consisted of RM7.24 million in fixed monthly salaries (and other emoluments), RM55 million in bonuses, RM9.34 million under the defined contribution plan and RM348,000 for benefits in kind, according to its annual report.

In FY17, the highest remuneration paid to an executive director at Sapura Energy was RM83.394 million, out of which RM74.69 million was paid as performance-related remuneration.

The base remuneration for that year was RM8.69 million. In that year, the company did not name the executive that was paid this remuneration, but it is assumed that the money was paid to Shahril, given that he is the top executive of the board.

Lya told the press on the sidelines of the AGM that the issue of excessive remuneration had been brought up many times in previous AGMs, but it was only noted and no action was taken.

“This is even more pertinent because the company is not doing well at the moment (losses of RM2.51 billion in FY18).

“Why are such huge bonuses and paychecks still being paid while no dividends are being paid to shareholders? When you look at the performance of the company, it (remuneration) does not commensurate,” Lya said.

“We have brought this issue up many times, but it’s mostly just been ‘noted’ with no concrete action being taken. Do note that this is a public-listed company with a big float, and shareholders and management’s views must be aligned. Shahril only owns about a 17% stake in the company, but you have other shareholders as well,” she added.

According to Sapura Energy’s 2018 annual report, the EPF has a 5.21% stake in the company. It ceased to be a substantial shareholder on May 17 after having been a heavy seller of the stock for some time. 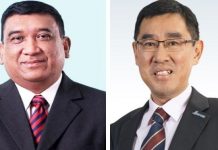 Rejected in Malaysia, Revelling in Qatar

Kula: Action to Be Taken Against Utusan for Flouting the Law

Except for Klang Valley, Foodpanda Riders to Go On Strike Next Week

Missing Ipoh Mayor May Be Sacked 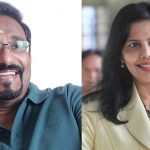 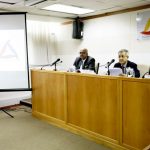 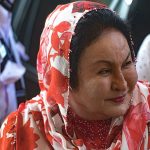 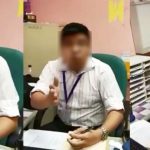