Thirty-three suspected members of Gang 24 Apache, including a mother of three, were charged at the Klang Sessions court today.

The suspects, aged 26 to 44 years, are alleged to be involved in a string of offences such as rioting, extortion and assault as well as serious crimes such as drug trafficking, kidnapping and murder.

They had been detained for 28 days under the Security Offences (Special Measures) Act 2012 (Sosma). The police had taken action on some of them for being involved in organised crime under the Prevention of Crime Act (Poca).

The rest were charged under Section 130V(1) of the Penal Code (Act 574) which carries a jail term of up to 20 years if convicted.

No plea was recorded from all the accused and no bail was allowed.

The court set Sep 14 for mention.

More than 100 policemen were said to have escorted the gang members, who are currently held in Sungai Buloh and Kajang prisons. The suspects started arriving as early as 8.15am.

The police had cordoned off roads leading to the court complex. On the fourth floor of the courthouse where the Session Court rooms are located, around 20 policemen in Kevlar and armed with MP-5 assault rifles and hand guns were on guard.

Mazlan revealed that from January to July, the Selangor CID nabbed 266 individuals under Poca.

“The figure can be considered as one of the highest in Malaysia compared to the other contingents,” he said.

Mazlan added that the state CID is looking for 15 more suspected gang members, in their 20s and 40s, to facilitate the investigation.

The 33 suspects are among those arrested during Ops Cantas Khas from Jul 17, which saw 104 notorious gangsters detained – 52 in Selangor, 27 in Kedah and 25 in Penang.

It was reported that the gang members were from underworld groups such as Gang 04, Gang 18, Gang 24 and Gang 36 which were said to be behind the recruitment of students at several secondary schools, especially in Klang and Sungai Petani.

In April, two videos had gone viral showing rowdy students in uniform opposite a school in Klang.

In one video, the students were carrying a banner bearing the letters ’24’ and ‘TD4’ and a black swastika while a youth let off firecrackers.

In the other video, the students created a commotion by revving their motorcycle engines and apparently celebrating the gang’s anniversary. A close-up of a cake showed it was decorated with the picture of a man in native American headdress, the words ‘SMK Sri Andalas’ and ‘Apache’, and the letters ’24’.

State police, with the assistance of the Special Task Force on Organised Crime (Stafoc), launched an operation soon after and rounded up 52 youths – 43 of them students.

PH Says Ariff Proven as Speaker, Should Not be Replaced

PRAISE July 2, 2020
Recently, a photo of a portrait of the Health director-general Dr Noor Hisham Abdullah on a Starbucks cup has been circulating around social media.

A Waste of Time to Negotiate Seats Allocation When Umno Can Still Pull the...

PERSPECTIVE July 2, 2020
Nur Jazlan has just spoken what is in the mind of majority of UMNO warlords – Bersatu (PPBM) is useless and UMNO does not need Bersatu.

Media Groups: Contempt Case Against Malaysiakini a Form of Intimidation

PERSPECTIVE July 2, 2020
The Federal Court's decision to hear contempt of court proceedings against Malaysiakini over its readers’ comments is yet another challenge for the already-struggling media industry here.

NEWS July 2, 2020
Three Covid-19 infections were detected today, but no Malaysians were involved in the local transmission of the disease. 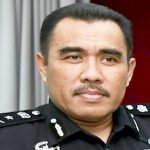