PAS has decided to run in the Port Dickson by-election against PKR president-elect Datuk Seri Anwar Ibrahim, which is scheduled to be held on Oct 13.

Hadi, who is also the Marang MP, said the party decided to contest the by-election to “keep democracy alive”.

“We want to give voters a choice, even though we do not agree with the manner in which the by-election was triggered. We cannot allow democracy to die,” he said.

The Port Dickson seat fell vacant after its incumbent Danyal Balagopal Abdullah stepped down to make way for PKR president-elect Anwar Ibrahim who is attempting to return to Parliament.

Hadi said that although winning the by-election would be difficult, it was also not impossible.

He added that he was optimistic about the party’s chances especially after seeing an increase in votes for the opposition in the Sungai Kandis and Seri Setia by-elections.

PAS’ decision to stand in the by-election comes a day after Umno said it would opt out of the race.

Hadi went on to say that the party did not share Umno’s view on boycotting the by-election.

Parti Rakyat Malaysia has said it will also contest the federal seat in Negri Sembilan, along with independent candidate Stevie Chan.

PM Admits Malaysia Too Small to Retaliate Against India

PERSPECTIVE January 22, 2020
Pakatan Harapan is making itself look ridiculous with its immature approach to the prime minister’s power handover.

DEBUNKED January 22, 2020
Najib claims he did not know the RM42 million in his accounts was SRC's money, but he spent it all. 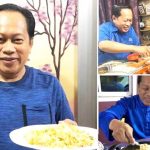 PERSPECTIVE January 22, 2020
Veteran journalist A Kadir Jasin has penned a poem in response to Ahmad Maslan's poetic defence against the charges of failing to declare RM2 million which he received from Najib.

NEWS January 22, 2020
In addition to receiving a Mercedes-Benz, Kelantan MB Ahmad Yakob and 13 of his executive councillors have each received a “special allocation” of RM50,000.

NEWS January 22, 2020
Rebutting Najib, who had been criticising Putrajaya’s recent decision to offer 18% discount on toll charges for PLUS highways.
© The True Net. All Rights Reserved