After reading all the RIP and condolences messages on social media, Evelyn’s cousin put the facts straight on her condition.

Evelyn Ang’s cousin Wendy Goh said she felt compelled to write a post on her Facebook page to clear the air on the runner’s condition after reading numerous condolence messages, following media reports that Evelyn would be taken off life support.

Evelyn, who suffered a cranial fracture and bleeding in the brain after being involved in a hit-and-run accident during the Klang City International Marathon on Dec 10 last year, is still in a coma at the Sungai Buloh Hospital.

Wendy said as of 7.45am yesterday, Evelyn, 44, was still on life support and emphasised that the runner’s husband, Dennis Loo, has no plans to take her off life support.

“Dennis has made it clear that Evelyn will go at her own pace when she is ready,” Wendy wrote on her Facebook.

Wendy also set the record straight on the number of surgeries Evelyn has had since the incident – a total of 12 surgeries – adding that the runner also suffered one heart attack.

“Appreciate if everyone can pray for Evelyn to be at comfort and continue to send positive vibes to both Dennis and Evelyn. Thank you. Much love to all,” she said.

Wendy further requested the media to give some privacy to the family and that there be no interviews.

It was widely reported on Friday that Evelyn’s family had decided to take her off life support.

A report by The Star quoted an unnamed family member as saying they were informed by doctors that Evelyn’s internal organs had shut down, thus placing her on life support was no longer necessary.

The family member added that doctors say Evelyn is brain dead and had told them that she would only survive a few hours without the life support.

The report also said Evelyn’s family were unhappy with the person speaking to the press.

On Friday, Evelyn’s sister Caroline said in a Facebook posting:

“Please say your last goodbyes to her.

PM me for ward info.Pray for miracle to keep her alive no matter what Drs say.

Update: we were asked by the hospital to do so. That is why her friends were allowed in although it was past hospital hours.

Because of public furore, her husband did not stop the medicine and milk tubes. Thank you – because of your VOICE, Evelyn is alive.”

In a series of Facebook posts and comments on Saturday morning, Caroline said that she had been told not to share too much on social media but added that it was all right as Evelyn’s life had been prolonged.

“I am asked not to share so much on social media. People are retracting their decision. The miracle has happened. I am said to be the culprit now, but it is ok. Life has been prolonged.

“Thanks to the press and friends, known and unknown, my sister has been given a new lease of life. Her medicine tubes are continued,” Caroline wrote.

Another of Evelyn’s sister, Angel, suffers from Down Syndrome and epilepsy.

It was reported that since Evelyn’s accident, Angel has been having more frequent epileptic attacks.

On Feb 20, mechanic Teoh Thiam Lim, 28, was charged in the Klang Magistrate’s Court with reckless and dangerous driving that resulted in Evelyn and two other runners of the Klang City International Marathon being hit by his car.

Teoh, who pleaded not guilty, was charged with driving a Proton Iswara in a reckless manner that could endanger others at Batu 2, Jalan Kapar at about 4.30am on Dec 10.

The charge, under Section 42(1) of the Road Transport Act 1987, provides for a maximum jail term of five years and a fine of up to RM15,000 upon conviction.

Anwar: Dr M’s New Party May Be Included in PH-Plus

Guan Eng Charged Based on Hearsay

NEWS August 8, 2020
No new cases linked to the Sivagangga PUI (person under investigation) Cluster in Kedah have been reported as at noon today. 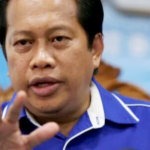