An unnamed Cabinet member has been alleged to be involved in false claims and the misappropriation of funds from the PenjanaKerjaya hiring incentive programme.

A report was lodged with the Malaysian Anti-Corruption Commission (MACC) yesterday by Persatuan Harapan India Malaysia. The group urged MACC to investigate everyone involved, including a Cabinet member.

“We are very sure that some leaders from a political party have played a big role in this corruption. It is up to the MACC to summon them for an investigation,” the group’s chairman M Mani Maran told reporters outside the MACC headquarters in Putrajaya.

Mani Maran said that those linked to the company had been investigated but others, including a few political leaders, allegedly the “masterminds” behind the embezzlement, remain untouched.

Mani Maran did not name the politicians involved.

He said the group had compiled a list of names of those involved based on complaints received from individuals who claimed to have been scammed through the PenjanaKerjaya programme.

He added that the group had received over 30 complaints and another 30 have contacted them claiming to have been scammed.

He said the individuals would be registered by certain companies with promises of receiving RM600 each for six months, but payments would cease after the third month.

He also said the balance of the payment was claimed from the Social Security Organisation (Socso) even though the balance remained unpaid. 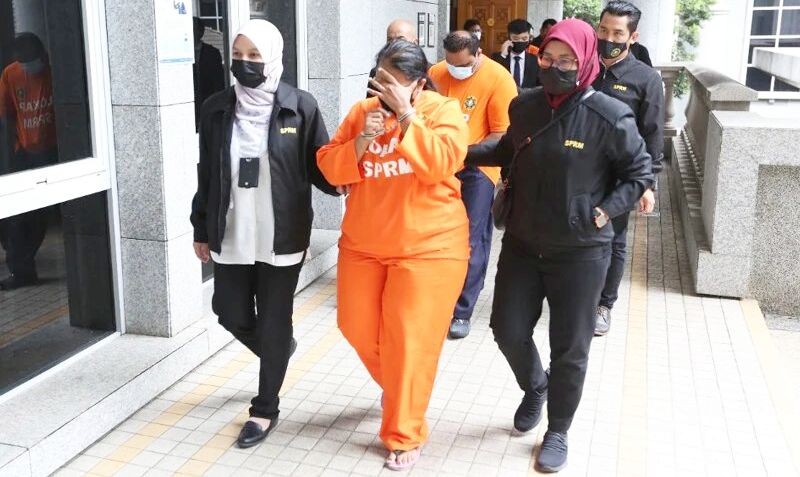 On Tuesday, the MACC arrested another three individuals, to bring the total to 45, of those arrested under Ops Hire to facilitate investigations into false claims and the misappropriation of funds from PenjanaKerjaya involving a total of RM100 million.