Sabah Infrastructure Development Minister Datuk Peter Anthony has received a warrant from the Malaysian Anti-Corruption Commission (MACC) to present himself in the Sessions Court in Kota Kinabalu tomorrow to face money laundering charges. 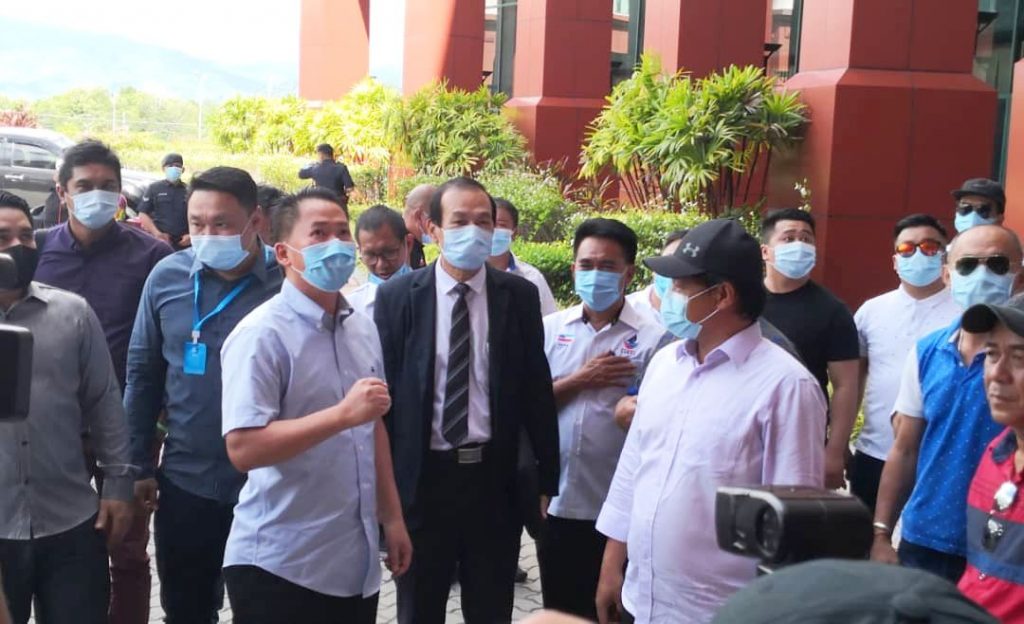 The Parti Warisan Sabah vice-president said he understands the case is linked to a Rubber Industry Smallholders Development Authority (Risda) land deal in Tongod from 2014 and that the charges are to be framed under the Anti-Money Laundering, AntiTerrorism Financing and Proceeds of Unlawful Activities Act 2001 (AMLA), but maintained his innocence.

“It’s not a problem. I will attend court and face the charges, I will prove my innocence as I believe this is a politically motivated case,” he told reporters at the Sabah MACC office after being summoned today.

Anthony said he had previously clarified his role in the Risda case.

Anthony was interrogated by the MACC yesterday for seven hours, from 10.30am in connection to the issuance of a RM1.5 billion direct contract to three road maintenance companies.

In 2017, he was arrested and quizzed for his involvement in the RM155 million Risda deal when he was still a businessman.

A lawyer, Michael Ubu who was connected to the case, went missing from Sabah following investigations into the Risda case, but is believed to have returned to the state recently.

Anthony is seen as the right-hand man to Sabah Chief Minister Datuk Shafie Apdal. Their Warisan party is friendly to the federal Pakatan Harapan bloc and fellow Sabah party Upko.

Anthony called the interrogation and expected charges a clear case of political intimidation and vowed to fight back.

“They can do whatever they want but I will fight back. As a Sabahan and as Kadazandusun, I will not cower, and will not be taken for a fool,” he said. – MMO

Zahid trial: RM17.9m withdrawn from Yayasan Akalbudi without board consent

NEWS March 8, 2021
Lim Guan Eng is willing to take the stand if taxpayers haul the government to court for its alleged reversal on the IRB special voluntary disclosure programme.

Anwar: PH seat nego at advanced stage, not ruling out working with Umno

NEWS March 8, 2021
Pakatan Harapan has started its seat negotiation process between member parties to face the next general election.

Guan Eng: DAP will not work with Umno in GE15

NEWS March 8, 2021
There will be no political cooperation between DAP and Umno in gearing up for the 15th general election.

DAP to lodge police reports against PM, cabinet not abiding by Agong’s command to...

NEWS March 8, 2021
Police reports would be lodged against Muhyiddin Yassin and the cabinet for refusing to abide by the Agong’s command to convene Parliament.

Zahid trial: RM17.9m withdrawn from Yayasan Akalbudi without board consent