Malaysians might be cynical about having their votes stolen with the change of government one year ago, but this must not stop them from continuing to seek changes, civil society groups said on Perikatan Nasional’s (PN) first anniversary in power.

People must still remember that their ballot remains the most effective way to bring about reform and must be patient to hold out for the long term, groups said.

Bersih 2.0 chairman Thomas Fann said voters must be wise when choosing candidates as Malaysia still has no anti-hopping laws to prevent politicians from switching parties after being elected. 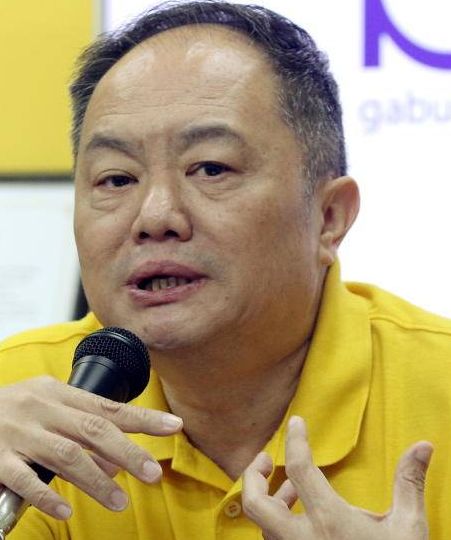 “The Sheraton move has exposed structural weaknesses in the political system which need to be fixed,” Fann said, urging voters not to stay away but to exercise their rights at the next general election.

The “Sheraton move” refers to the pivotal meeting between Bersatu, Umno, PAS and some then PKR lawmakers at the Sheraton Hotel in Petaling Jaya on February 23 last year.

The MPs decided to form a new coalition to oust the Pakatan Harapan (PH) government elected in 2018.

“The absence of an anti-party hopping mechanism or law, the spread of fake news, the use of government resources to buy political loyalty or to punish opponents, contributed to the collapse of the federal as well as some state governments. These problems must be addressed,” he told The Malaysian Insight.

The Sheraton move, where Bersatu decided to leave PH against the wishes of its then chairman Dr Mahathir Mohamad, was followed by his resignation as prime minister and party chairman. This led to the collapse of the PH government, allowing PN to rise.

Fann said Bersih 2.0 has identified several structural weaknesses that must be fixed. Voters should support these so that it is harder for another Sheraton move to happen.

“We must push for and support parties that would implement recall election laws, comprehensive political financing reform, parliamentary reform, judicial reform and decentralisation of power from federal to state, and the restoration of local council elections. We must insist that parties commit to these reforms for GE15.”

He acknowledges that many people have become cynical after the change of government but reminds them that they still hold power through their vote, even if they feel powerless now.

“Voting is not only our right but our power to effect change.”

Undi 18 co-founder, Qyira Yusri, also had a word for young people, including new voters and those who voted for the first time in 2018.

She said the Sheraton move had valuable lessons in how elected representatives should be held accountable.

“What the Sheraton move has taught us, is how we are to do better at holding the government and MPs accountable after elections, because party-hopping at the moment is still legal.

“While the Sheraton move is not ethical, it is still legal. But it does raise awareness on what we can do to hold our elected representatives accountable.

“The Sheraton move has taught us to relook the electoral system and how we can reform it.”

Qyira said while people are currently cynical, she is hopeful that they will be eager to vote when campaigning for GE15 begins.

“I think people are still upset, but it might change when GE15 rolls along and it might get them excited again.

“People are also watching to see the political parties’ responses to the Covid-19 pandemic situation.”

Qyira said although people are angry, it does not necessarily mean they would vote again for PH like they did in the previous election.

“I think the opposition now has a lot of work to do to regain the trust of the people. Some ministers in PN came from PH,” she said, referring to party-hoppers like former PKR leaders and Bersatu itself, which was a PH party before the Sheraton move.

“There is a huge trust deficit.”

Centre to Combat Corruption and Cronyism (C4 Centre) executive director Cynthia Gabriel the public must realise that they really are the “only hope” for the country, as institutions and systems have failed.

“The reform agenda is lost, corruption and political patronage through appointments to government-linked companies is rife again, as are practices that enhance a system of rewards. People are feeling short-changed.

“Our only hope rests with us, the people. We have to demand that only politicians with integrity and commitment to openness and accountability should be voted into power in GE15,” said Cynthia.

She added that PN’s political coup not only changed the federal government as well as some state governments but also triggered state elections in Sabah last September that also saw those originally elected replaced by party-hoppers.

“Are the rakyat angry? I would certainly think so. But the Covid-19 pandemic had made things very complex and difficult.

“We could not for one, show our displeasure at what was happening, and had to manage a raging pandemic, which was costing us severely on the health and economic fronts as well.”

Cynthia also noted the ongoing power struggle with the ruling PN, between Bersatu and Umno, as well as PKR president Anwar’s attempts to get majority support in Parliament.

These are signs of more “topsy-turvy” times ahead, she said, and PH must really show the public that it has a clear strategy so that voters know they have a good and viable alternative.

“All this is happening to the detriment of our economy and stability. The opposition must buck up, show the people what they can do better to beat corruption, and that they can be taken seriously.” – TMI

What law did PM use to approve Edmund’s overseas trip, ask groups

DEBUNKED April 13, 2021
The defence in Najib's SRC appeal argues that Najib should have been made to answer in a general election instead.

PM: We don’t have much money left

NEWS April 12, 2021
Muhyiddin Yassin reportedly said the government’s coffers have been significantly thinned out to prop up the economy and help Malaysians in the Covid era.