DAP has sacked a nominated Sabah assemblyman for defecting to support Perikatan Nasional in its bid to topple the Sabah state government.

“He is also hereby removed from all his positions in the party,” he said in a statement on Thursday (July 30).

Chong advised party members to disassociate themselves from Loh, adding that the disciplinary committee would take “the sternest action” against defectors.

Loh, a Sabah DAP nominated assemblyman, was among the assemblymen seen with Tan Sri Musa Aman on Wednesday night (July 29) when the former chief minister claimed to have the numbers to form the new state government. 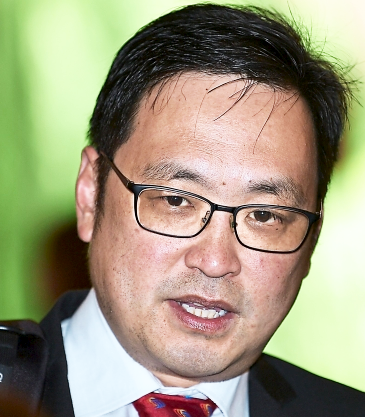 “After receiving confirmation from the Sabah leadership council that he was present in the group which was seeking to bring down the Sabah state government and taking into account the betrayal of the people’s mandate should not be allowed to happen, as such the disciplinary body announces that Kenny Chua Teck Ho is fired from PKR, effective immediately,” he said.

Guan Eng: Does PM need another special adviser for rising price of goods?

Kulai MP: Ministry to blame for lawsuits between Ain and teacher

PERSPECTIVE December 2, 2021
With daft ministers like Shahidan Kassim, the people who have to manage businesses, education and hospitals must want to give up and go into a corner and just cry.

NEWS December 2, 2021
No criminal claims were made between Najib and the murder of Altantuya in My Story: Justice in the Wilderness.

DEBUNKED December 2, 2021
Shafee claimed that any delay in the Court of Appeal's decision would be due to the Malaysian authorities’ alleged suppression of evidence.

Guan Eng: Does PM need another special adviser for rising price of goods?

NEWS December 2, 2021
Lim Guan Eng has asked Ismail Sabri if he will move to appoint another “special adviser” for his administration in light of the worst food price escalation.
© True Net Media Com Sdn Bhd. All Rights Reserved