As predicted, multi-cornered fights order of the day.

A total of 447 candidates from various parties as well independents are vying for 73 state seats in the 16th Sabah elections on Sept 26.

There are no straight fights in any of the seats, with the most intense battle expected in Bengkoka where there are 11 candidates vying for the seat.

Election Commission (EC) chairman Datuk Abdul Ghani Salleh said the number of candidates who sent in their registration forms on Sept 12 was among the highest number in Sabah’s history.

“However, we do not have the comparison and exact numbers from previous years, but this is a record too,” he said. 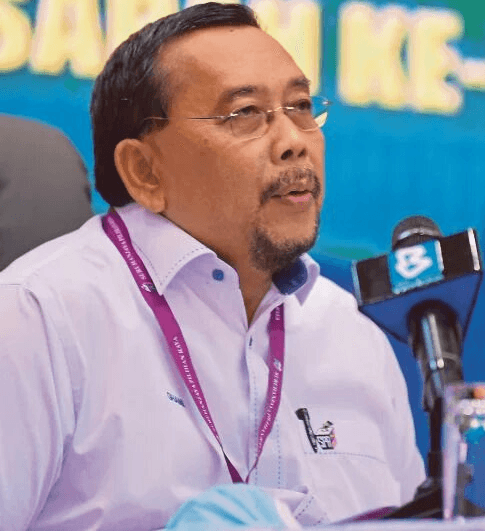 “The EC rejected one name as the candidate is bankrupt. He is an Usno member from Petagas,” Ghani said.

The youngest is a 22-candidate from Barisan Nasional representing Tandek and the oldest is a 75-year-old PPRS candidate representing Bugaya.

“Campaign period ends 11.59pm on Sept 25. We have 73 teams set up by to monitor all activities of candidates, including adherence of SOPs throughout,” Ghani said.

He said five operations centre would be open up till Sept 30, namely in Kota Kinabalu, Sandakan, Tawau, Keningau and Lahad Datu.

Ghani reminded candidates and supporters not to use or print campaign materials that touch on religious sensitivities, promoted ill-will, caused enmity or anything that harboured bad intentions.

“All campaign talks must have permit,” he added.

He said the EC expected to announce the election results by midnight on Sept 26.

The Inanam state seat is fight among a whopping 10 candidates, including sacked PKR leader and incumbent assemblyman Kenny Chua.

The urban Api Api seat will have a nine-cornered fight where caretaker deputy chief minister Datuk Christina Liew will defend her seat.

These two seats will likely also see a seven-cornered fight.

The caretaker Deputy Chief Minister, Tuaran MP and Upko president Datuk Seri Wilfred Madius Tangau will be contesting for the first time in a state seat, in a six-cornered fight.

These two seats will see a six-cornered fight.

Sulaman incumbent Datuk Hajiji Noor, who has held the seat since 1990, will be facing off against Warisan’s Datuk Aliasgar Basri and PCS’ Datuk Rekan Hussein in a three-cornered fight.

NEWS October 26, 2020
Dr Noor Hisham Abdullah denied that he was manipulating or inflating the number of daily cases.

NEWS October 26, 2020
Norhayati Mohd Ariffin is suing the police, home ministry and 17 individuals over the disappearance of her husband, Amri Che Mat.

NEWS October 26, 2020
Dr Noor Hisham Abdullah said he had to miss his daily Covid-19 media briefing yesterday due to an audience with the Agong and other Malay rulers.