The clarification comes after the Damansara MP met yesterday with non-fungible token (NFT) community members, who had called the transactions “dodgy”.

Following the meeting, an NFT seller with the Twitter handle @pedagang_eth, who had made the allegation, tweeted that he and others who attended the meeting were satisfied with Pua’s open and transparent explanation.

“We are satisfied that although the method employed was rather odd, it was not a scam or fraud,” he tweeted.

Earlier, the DAP lawmaker had said on Facebook that he had shown the NFT community members his WhatsApp conversations about the marketing of the digital painting.

Pua said he had shown his accusers the bank statements related to the sales. 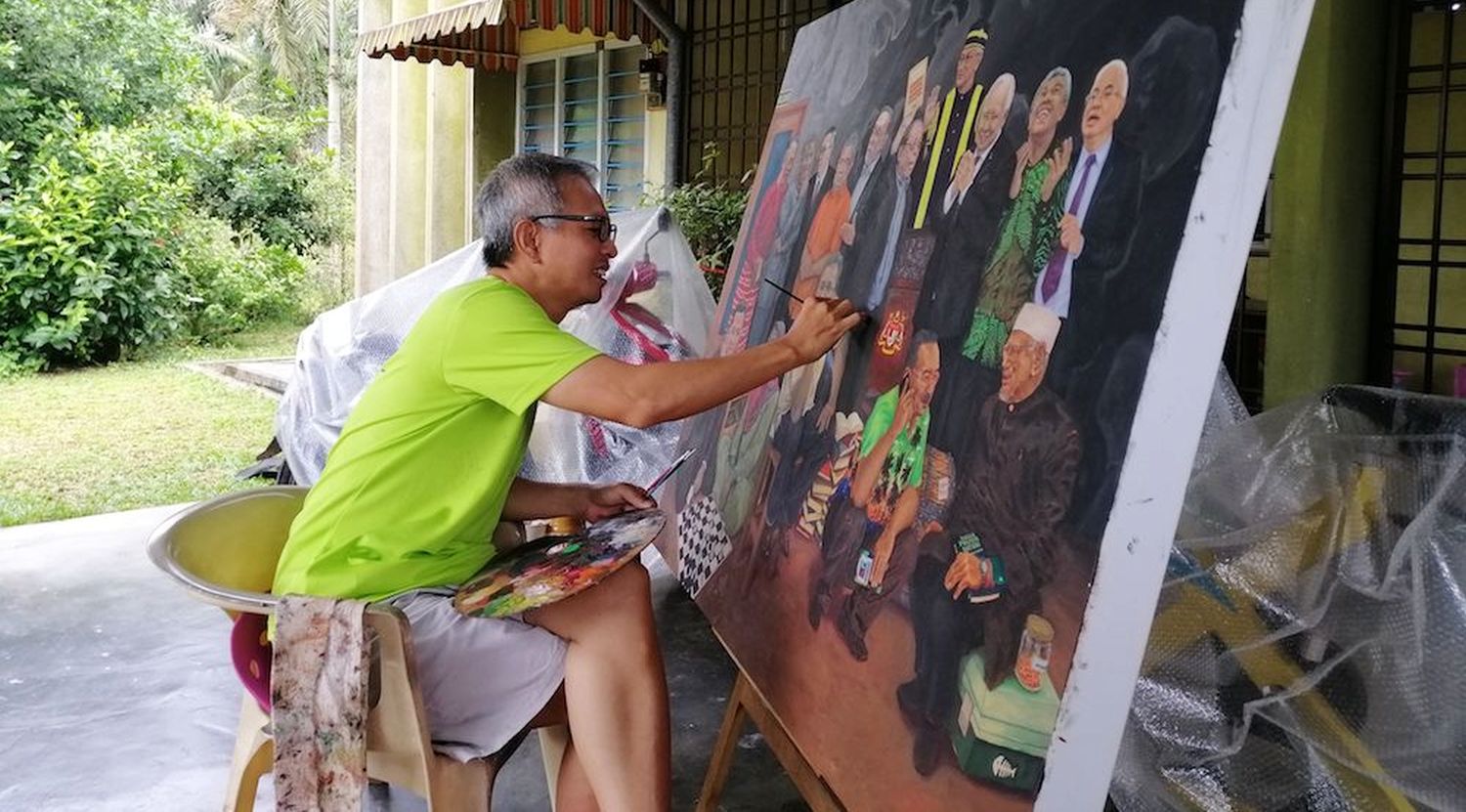 “This is to prove that the transactions or purchases were genuine, and there were no fake or pretend minting of NFTs to deceive the public that the NFTs were sold-out,” he added.

An NFT is a digital asset that represents real-world objects like art, music, in-game items and videos

Ownership is recorded in the blockchain and can be transferred, allowing NFTs to be sold and traded.

It was reported that the Langkah Sheraton collection of 8,888 digital paintings raised RM1.3 million for DAP for its general election campaign.

The collection was sold out in a little over a day following its launch on August 31.

Recently, an NFT entrepreneur with Twitter handle @pedagang_eth claimed that there were some “shady” transactions related to sale

In a series of tweets, the person said that early transactions of the NFT had appeared legitimate until sales reached the US$14,614 (RM65,763) mark.

Thereafter, he claimed, someone with access to the project funds, whom he labelled “Langkah Sheraton Funder” had withdrawn US$13,100 worth of cryptocurrency from the funds raised.

He said the funds were then distributed to other cryptocurrency wallets, which paid for more of the series of NFT.

The entrepreneur alleged that this went on for several cycles to buy around 7,700 of the NFTs .

“Conclusion: Funds were not raised from the blockchain itself. Funds were cycled from wallet to wallet to create an illusion of ‘sale’.

“Imagine creating 100 Shopee accounts, funding them and using those funds to buy from a Shopee seller. Same situation here,” the entrepreneur surmised.

In the meeting yesterday, Pua said he explained how DAP had helped many of the buyers to set up a digital wallet, some of whom had never owned one or even known what an NFT was.

“There was some disquiet that we carried out the NFT fund-raising exercise unconventionally – particularly because our team helped many of the purchasers set up their Metamask (cryptocurrency) wallets and minted their NFTs on their behalf, before handing the wallets back to the purchasers (with the NFTs in the wallets).

Pua said he was happy to have introduced the technology to hundreds of supporters. – TMI