Prior to this, Rosmah’s husband Datuk Seri Najib Razak had also applied for Sri Ram to be disqualified from handling his SRC International Sdn Bhd case, but it was booted out by the courts.

Today, Datuk Jagjit Singh – who is appearing as lead counsel for Rosmah alongside Datuk Akberdin Abdul Kader, submitted that the prosecution must produce a copy of the letter of appointment in relation to Sri Ram’s appointment as Senior DPP in the case.

He said failure to do so must lead to Sri Ram’s disqualification from continuing as Senior DPP. 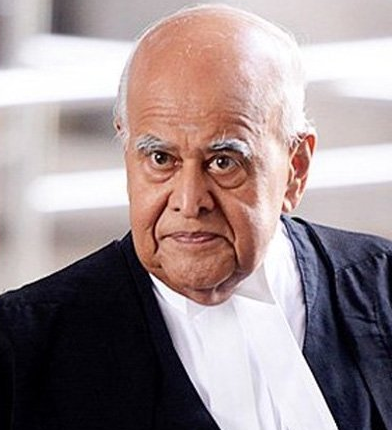 Jagjit said Sri Ram had been acting as the lead DPP in the case since the start of the trial, along with 10 other DPPs from the Attorney General’s Chambers (AGC).

However, he argued that no document or letter of appointment had been advanced by the prosecution to confirm that Sri Ram had been appointed as Senior DPP for the case.

“In the absence of this letter, the court must hold that Sri Ram is not a fit and proper person to act as DPP, let alone conduct the case,” he said, adding Rosmah was facing a serious charge and was entitled to verify the validity and legality of the appointment of a practising Advocate and Solicitor as a Senior DPP to prosecute her case.

“Other deputy public prosecutors in Sri Ram’s team can continue with the trial if he is not tasked to prosecute Rosmah. We are not asking for a retrial,” he added.

Deputy public prosecutor Ahmad Akram Gharib said in Najib’s case, the apex court ordered the prosecution to give the defence lawyers a copy of Sri Ram’s letter as they had also questioned the validity of his appointment.

“In this case, Rosmah cannot inspect the letter as she is not questioning Sri Ram’s appointment,” Akram said, adding that the Federal Court had also stated that the mere inspection only amounted to being a busybody.

“Rosmah’s application is misconceived and an abuse of the process,” he said.

Rosmah last month filed an application to compel Sri Ram to produce his licence to prosecute.

Deputy public prosecutor Poh Yin Tinn, who filed a counter-affidavit to oppose the move, said the application was misconceived as there was no power allowing the High Court to make such an order.

He also said the application was an abuse of the court process and made in bad faith with the collateral purpose of obstructing and delaying the trial.

Rosmah is on trial for soliciting RM187.5 million from Jepak Holdings Bhd to help the company secure a RM1.25 billion project to supply solar hybrid energy to 369 schools in the interior of Sarawak.

She is also accused of receiving RM5 million and another RM1.5 million in 2016 and 2017 respectively to ensure the company got the contract.

The trial is being heard before High Court Judge Mohamad Zaini Mazlan who will deliver his ruling on Aug 17.

Company Deputy Director Charged with Sacking WhistleBlower Who Exposed Him

MMA: Why Malaysia Not on Board with Covax Vaccine Plan?

HEALTH September 18, 2020
The MMA is demanding an explanation from the Health Ministry on why Malaysia is not included for the Covax Vaccine Plan.

PERSPECTIVE September 18, 2020
Lim Kit Siang said he is shocked that Bung Moktar Radin had objected to Warisan's "In God we trust, unite we must" slogan.

ISSUES September 18, 2020
Bersih 2.0 today called on the MACC to investigate Muhyiddin Yassin for allegedly engaging in corrupt practices while campaigning in Sabah for the state election.

NEWS September 18, 2020
A total of 95 new Covid-19 positive cases were recorded today, taking the cumulative number of cases in Malaysia to 10,147.