This was confirmed by Assistant Superintendent Zulfaqar Mohd Khalil, 29, of the Malaysian Anti-Corruption Commission (MACC) in Putrajaya.

Today is the fourth day of Muhammad Shafee’s trial, in which the senior lawyer is facing money laundering charges involving RM9.5 million allegedly received from Datuk Seri Najib Razak and two charges of making false statements to the Inland Revenue Board (IRB).

When questioned by lawyer Harvinderjit Singh, the fifth prosecution witness said, based on a recorded statement by Muhammad Shafee, the legal fee agreed between him (Muhammad Shafee) and the Malaysian government was RM1,000 for the case.

Harvinderjit: According to the agreement dated July 19, 2013, my client was only given RM1,000 to handle Datuk Seri Anwar’s appeal case. He also clarified that the cheque for RM9.5 million from Najib had nothing to do with his appointment as the DPP in the sodomy appeal case. Was this recorded during the conversation?

Harvinderjit: As there were allegations (RM9.5 million was legal fees for Anwar’s sodomy case), Muhammad Shafee had himself brought a media statement and a letter from the Attorney General’s Chambers to refute the allegations.

On March 11, 2015, former Minister in the Prime Minister’s Department Datuk Seri Nancy Shukri told the Dewan Rakyat that Muhammad Shafee received a payment of RM1,000 as the DPP in Anwar’s case.

Meanwhile, former Malaysian Bar Council treasurer N Ravindran, 56, told the court that since 2010 until now, lawyers are required to declare the services provided by them in the same year in which the services were rendered even if they did not receive payment from the clients.

“Two circulars dated February 15, 2008, and September 3, 2008, were emailed to Muhammad Shafee. The circulars are about services provided by lawyers for fees to be declared in the year the services are provided, except for pro bono service,” said Ravindran, who is the sixth prosecution witness. 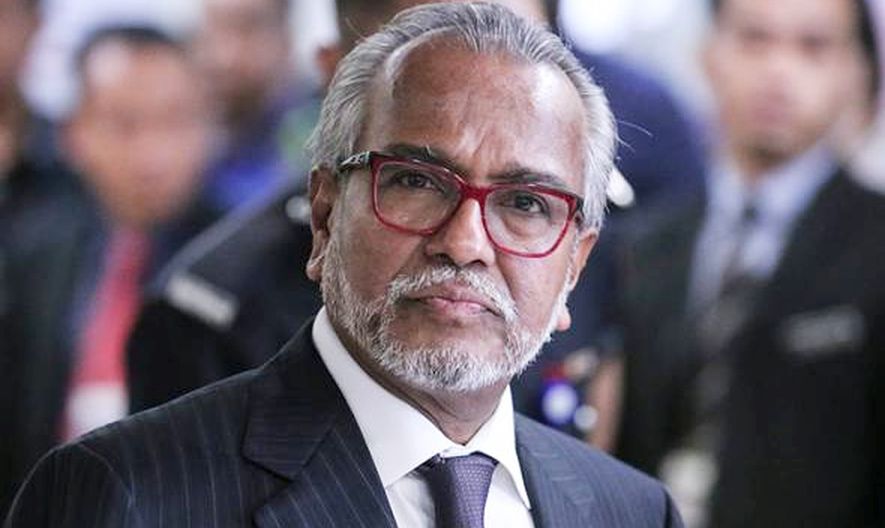 On September 13, 2018, Muhammad Shafee pleaded not guilty to two charges of receiving RM9.5 million which were proceeds from unlawful activities through two cheques issued by Najib which were deposited into his CIMB Bank Berhad account.

He was also charged with two counts of engaging in transactions resulting from illegal activities, namely submitting incorrect tax returns, which is in violation of paragraph 113 (1) (a) of the Income Tax Act 1967 for the financial years ending December 31, 2013, and December 31, 2014.

NEWS October 26, 2021
Abdul Azeez's “conversation” with a wild elephant in fluent Tamil has drawn the ire of RSN Rayer.

NEWS October 26, 2021
Faizal Azumu today defended his remarks to Pandelela who recently spoke up about sexual harassment incidents she endured from national coaches in the past.

NEWS October 26, 2021
Idris Haron says Melaka better off under a multiracial and clean administration rather than a Malay-Muslim state government that was corrupt and incompetent.