The Malaysian Anti-Corruption Commission (MACC) has remanded three more enforcement officers of the Shah Alam City Council (MBSA) to help in the investigations into the case of allegedly accepting and collecting bribes to protect illegal business premises in Sungai Buloh.

The six-day remand order imposed on the three men, aged between 40 and 43, which began today until Wednesday (August 19), was issued by Magistrate Shah Wira Abdul Halim at the Putrajaya Magistrate’s Court. 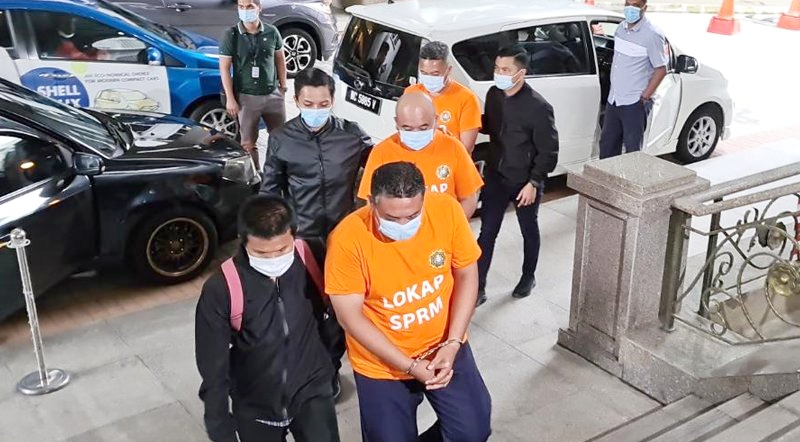 They were detained at the MACC headquarters yesterday after arriving to give their statements and were brought to the court today at 8.30am, handcuffed and wearing the MACC orange attire.

The three are being investigated under Section 17 (a) of the MACC Act 2009.

This brings to eight the number of MBSA enforcement officers, and one trader who have been remanded in connection to the same case.

The issue surfaced after two video clips went viral recently after they were broadcast on the Facebook account of Hot Burger Malaysia and shared on the account of Mohd Asri Hamid, 42, also known as Asri Janggut, who claimed that the authorities have not taken action against gambling activities and dens in Bandar Baru Sungai Buloh.

Following this, the MACC began investigations and is working with the Integrity and Standards Compliance Department (JIPS) in Bukit Aman, to investigate the allegations.

Family of missing Ruth Sitepu want to bury her remains, if she is not returned alive

Ewein Bhd founder’s wife last saw him at 1am before he was found dead, court told

Show we worry about Omicron?

PERSPECTIVE December 4, 2021
Omicron could cause significant problems for the global economy.

PERSPECTIVE December 3, 2021
A stand-alone DAP might well play the role of kingmaker in exchange for key concessions of importance to all Malaysians.