For those who have been to Changi, you would have been impressed by the airport named as the best in the world for five consecutive years. A hard act to follow as it, Changi surpasses itself with its new terminal 4 (T4) which is set to earn more accolades for the airport.

T4 is on track to open later this year with nine airlines moving their operations there. These include the AirAsia Group (four airlines), Cathay Pacific, Cebu Pacific, Korean Air, Spring Airlines and Vietnam Airlines.

With T4, the total handling capacity of Changi Airport would increase by 16 million to 82 million passengers per annum.

Constructed at a cost of S$985 million and completed within three years, T4 has a gross floor area of 225,000 square metres – equivalent to about 30 soccer pitches.

Although just half the size of Terminal 3 (T3), the planners and designers of T4 have managed to deliver a terminal that will have a capacity two-thirds that of T3.

With a high ceiling and no columns in the building, the view from the top is clear and you will have no trouble finding your way around.

Due to its compact size, T4 will have centralised departure and arrival immigration control as well as pre-board security screening.

T4 would be the first terminal at Changi Airport to offer the much-anticipated end-to-end Fast and Seamless Travel (FAST) for departing passengers.

With FAST, passengers will enjoy the flexibility of checking in at their own convenience, without having to wait for counters to open.

In fact, passengers will be able to, in theory, go through check-in to boarding without speaking another person.

Aesthetically appealing, many of the design cues are inspired by Singapore’s national flower. The symmetrical motif of the orchid petal is applied on the skylights, marble flooring, carpets, air-con binnacles, dustbins and even the holders for fire extinguishers. That is how much attention has been paid to details.

Petal-shaped skylights to flood the terminal with natural light.

Carpeting with the motifs of orchid petals.

Singapore has always been known as a green city and this applies to the new T4 as well, with more than 340 species of plants planted across the terminal.

The T4 green-wall external facade has over 16,000 plants.

The tallest of the 186 large trees within the terminal is named Fragrant Chinese Aralia Tree and it rises to a whopping height of at least eight metres.

Nature and man coexist even at the baggage reclaim area.

T4 alone would be home to over 80 retail and food & beverage outlets. With its opening, Changi Airport will have a total of 400 retail and service stores and 140 eateries. Among the local and international food & beverage brands are notable names such as London Fat Duck, Old Street Bak Kut Teh and Paris Baguette.

Four of the Departure Hall’s check-in rows are designed for FSAT, featuring a total of 65 automated check-in kiosks and 50 automated bag drop machines.

Now, with advanced 3D screen technology, you don’t need to take out your electronic gadgets such as laptops and tablets from your bags or backpacks to be screened separately.

However, the usual liquids, aerosols and gels restriction will still apply.

There are 46 Automated Board Gates equipped with facial recognition technology for a smooth boarding experience.

The new FAST system in a nutshell.

A showcase of the different shophouse styles from the 1880s to the 1950s, you can enjoy a musical performance here while waiting for your flight!

A visual feast for the eyes, various types of artworks are found throughout the terminal. At the heart of the terminal is a grand kinetic sculpture called Petalclouds that makes fascinating watching.

The immersive wall at the screening area plays clips of Singapore’s skyline and regional landmarks. It also features a whimsical take on suitcases being screened before flights. How cool is that!

What is in store for travel agents? 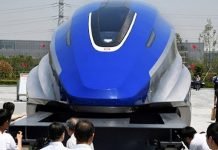 Importance of Singaporean tourists for Malaysia