Controversial MP Bung Moktar Radin (BN-Kinabatangan) went on a rant at the Dewan Rakyat, telling opposition Sabah MPs to “shut up” and calling them “losers” while debating on the development of the Pan Borneo Highway. 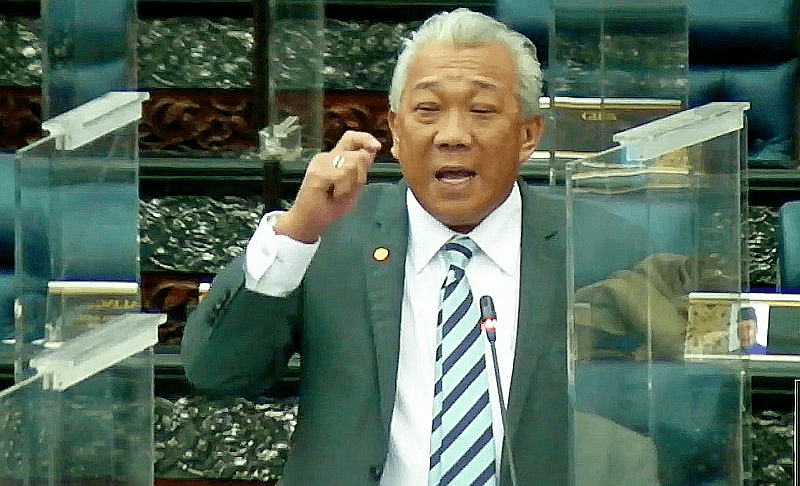 It started with Bung saying the roads in Sabah were among the worst around and “it became worse under Warisan’s administration”.

Khalid Samad (PH-Shah Alam) stood up to quip: “Thanks to Barisan Nasional who ruled Sabah for decades.”

At this point, Bung lost his cool. He asked Khalid to “shut up”, adding that he wanted the current Sabah government to make the highway a reality.

He said it may not be right to allocate RM460 million for each package of the 2,239km, including a 1,090km stretch in Sarawak.

Bung claimed only 25% of the construction in Sabah was completed while 60% was done in Sarawak, adding that “this is not a reality but a nightmare”.

He said the highway should not be completed in stages, as it may not be finished even in 2040.

Ma’mun Sulaiman (Warisan-Kalabakan) stood up to speak but Bung asked him to “shut up”.

“You are a loser. Don’t talk too much,” Bung told Ma’mun. He also told other opposition MPs not to interrupt him while he was debating.

Bung further urged the government to complete the highway on time, as Sabahans need a good road in the state.

It has been reported that the estimated cost for Phase 1, involving 35 packages, is RM12.86 billion, covering 706km from the south-western border town of Sindumin to Kota Kinabalu and on to the east coast of Sandakan-Tawau. – FMT

DEBUNKED April 21, 2021
The High Court today struck out a suit by the mother of Ivana Smit.

ISSUES April 21, 2021
Women's groups pressed the Education Ministry and MARA for investigation into allegations of sexual abuse and harassment by teachers on students.

DEBUNKED April 21, 2021
The Chinese media turned the teaching of Jawi in schools in 2019 into a controversy even though DAP was supportive of the learning of Jawi,