The next two days will be crucial in determining the legitimacy of the Perikatan Nasional government, said former prime minister Najib Abdul Razak.

“The next few days, perhaps 24 hours or 48 hours, will be a critical time for this country.

“Whatever decision made, including by the Yang di-Pertuan Agong, will determine the future of the country.

“Firstly, the legitimacy of the government has to be determined. The Yang di-Pertuan Agong has the discretion to determine this through Parliament or otherwise,” he said.

He said that in 2009, the Perak ruler had determined outside the state assembly that Mohamad Nizar Jamaluddin no longer commanded majority support. That method, said Najib, was accepted by the Federal Court.

Commenting on Istana Negara’s recent letter to the Dewan Rakyat speaker, Najib said this was further proof that Prime Minister Muhyiddin Yassin has lost the right to rule.

“This may involve interpretation of the constitution and there are ways to test the legitimacy,” he said.

As of Aug 9, it is certain that 13 Umno MPs had written to the Agong to inform him of their decision to withdraw support for Muhyiddin.

Another MP – Tengku Razaleigh Hamzah – no longer sat with the government when Dewan Rakyat convened in late July.

Assuming all else remained equal, Muhyiddin’s supporters in Dewan Rakyat had been whittled down to 100 – 11 short of a simple majority.

As of yesterday, Muhyiddin’s administration had insisted that his majority will only be tested when Parliament reconvenes on Sept 7. – Malaysiakini

Four-seat offer: PAS is not a beggar, says Hadi

NEWS January 28, 2022
Najib has been instructed to file his application to engage a Queen’s Counsel by May 20.

NEWS January 28, 2022
A housewife was charged at the Seremban Magistrate's Court today with killing her husband by stabbing him to death on Jan 23.

Four-seat offer: PAS is not a beggar, says Hadi

NEWS January 28, 2022
PAS cannot accept BN's condition for the party to only field four candidates if it is to enter into an electoral pact for the Johor polls. 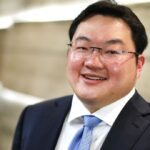 Jho Low files defence in 1MDB civil action, says he was never in a...

DEBUNKED January 28, 2022
Jho Low maintains that he does not hold any official positions in 1MDB or its four subsidiaries.
© True Net Media Com Sdn Bhd. All Rights Reserved