As many as 71 senior police officers involved in promotions and transfers in the latest exercise.

The transfer exercise of senior police officers is finally taking place after it was put on hold recently following a disagreement between Inspector-General of Police Abdul Hamid Bador and Home Minister Hamzah Zainuddin. 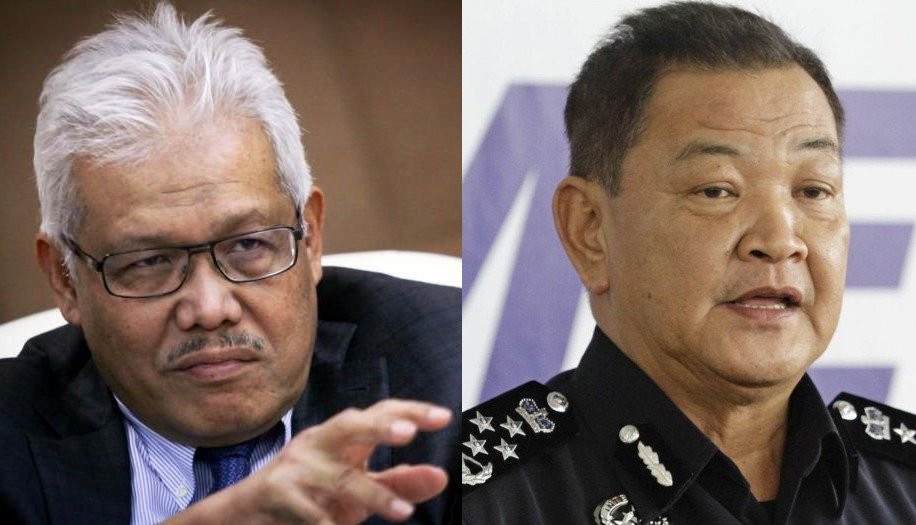 Nik Ezanee will also be promoted to the rank of senior assistant commissioner (SAC), while Fadzil is to be transferred to the Bukit Aman Crime Prevention and Community Safety Department as principal assistant director (Data/Analysis).

Unlike the usual practice, there is so far no media invitation to report on the farewell and handover ceremony.

The media were also not invited to cover the ceremony involving Kuala Lumpur police chief Saiful Azly Kamaruddin, who was transferred to the Bukit Aman Crime Prevention and Community Safety Department as deputy department director.

Saiful Azly will be replaced by Bukit Aman Management Department (Services/Designation) deputy director Azmi Abu Kassim who will be appointed as the new Kuala Lumpur police chief with the rank of acting commissioner of police (CP).

The transfer ceremony took place on Tuesday in a closed-door event.

Checks on the Kuala Lumpur police Facebook page also found that no announcement on the transfer was made.

Other transfers involve Selangor deputy police chief Arjunaidi Mohamed, who has been promoted to Selangor police chief with the rank of acting CP.

As many as 71 senior police officers are involved in promotions and transfers in the latest exercise, which was supposed to proceed on April 12.

The Malaysian Insight was informed by sources recently that there are certain quarters in the police force that are not satisfied with Hamid’s decisions on these transfers.

The transfers have been questioned as the IGP is to retire next month.

“The discontent is because they feel that the IGP is nearing his retirement, so there is no need to make these transfers.”

“There are some in the force who are not happy,” said the source.

Hamzah on Monday said he did not interfere in the recent transfer process of senior police officers as directed by the IGP.

But as chairman of the police commission, he said his position is higher because he made decisions with the commission, “while the IGP’s decisions are those of an individual”.

Hamzah’s alleged interference was revealed after Hamid posted on Facebook that he would be meeting the home minister over the postponements of the transfers.

The IGP said he had been on leave when he received a “last minute” directive to postpone the transfers.

Hamid also said that the matter of transferring senior police officers was his responsibility as IGP.

The transfers follow Hamid’s revelation last month that there are officers in the force, whom he called “cartels”, who want him removed due to his crackdown on corruption within the force.

Other former senior police officers also told The Malaysian Insight that the large number of senior officers in the force had created factions and power struggles.

Despite calls for Hamid to lodge a formal report and have his claims about cartels against him investigated, the IGP has said he has the situation under control.

Yesterday in Johor, state police chief Ayob Khan Mydin Pitchay told a press conference that 12 officers will be sacked by the end of the month for drug abuse, involvement in criminal activities, extortion and corruption.

“I am not proud to say the Johor contingent has the highest rate of sacking in the country. Last year, it was 46. This year alone, it will soon be 20. What this shows is that we will not compromise. We will take action,” media in Johor reported Ayob Khan as saying. – TMI

Zahid: Agong’s ‘ASAP’ does not mean ‘in a few months’

NEWS June 19, 2021
An Indian’s tale of abuse and exploitation while working at a banana leaf restaurant here is creating waves in Malaysia and India via social media and TV stations.

NEWS June 19, 2021
The exclusion of opposition lawmakers from the special committee studying the implementation of hybrid Parliament meetings is an abuse of power.

Top 10 messages that backdoor govt is game over

PERSPECTIVE June 18, 2021
The Rulers were not in favour of rallying behind the self-proclaimed stupid prime minister.

Report: PN’s ‘fixer lawyers’ – how shocking does it get?