More than half of Malaysia My 2nd Home (MM2H) applicants are considering moving to other Southeast Asian countries as they cannot meet the new requirements for approval, a recent survey showed. 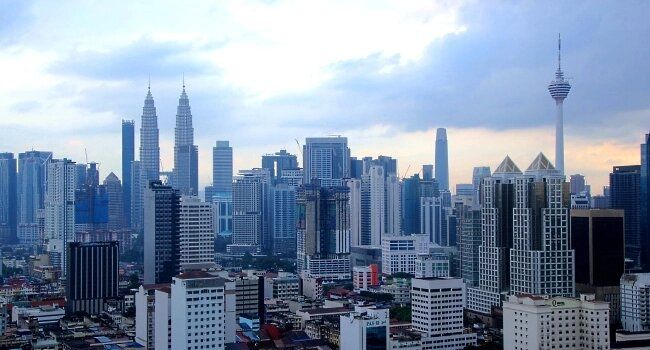 Held by the programme’s consultant association (MM2HCA), the survey of 925 foreign respondents, including from Europe and the United States, showed that 98% of the MM2H participants did not meet the new conditions for the long-stay programme, leaving them with no choice but to consider Thailand, Philippines, Indonesia and Singapore as alternatives.

The new conditions require MM2H applicants to have a minimum RM1 million in a local fixed deposit account. Applicants must also have an offshore income of at least RM40,000 a month, compared to RM10,000 previously.

They must also own an additional RM1.5 million in liquid assets and spend at least 90 days a year in Malaysia.

The Japan Club of Kuala Lumpur conducted a survey of Japanese MM2H participants and reported that 90.9%, or 799 participants, did not meet the monthly income requirement of RM40,000.

The results showed that 88.4% of them disagreed with the requirements and 68.7% were not satisfied with the condition that they had to have RM1 million in a fixed deposit in a local bank.

MM2HCA said 75% of 686 MM2H participants reported that they had lived in Malaysia for more than five years. The participants are from Japan, South Korea, China, Europe, the United States, Hong Kong, Taiwan and the United Kingdom.

MM2H Agents Association president Anthony Liew told The Malaysian Insight that 55% of the participants would not renew their visas when they expired.

He said the survey also showed that more than 490 respondents indicated they would move to Thailand.

Liew said it was worrying that Malaysia was moving backwards while its neighbours were actively attracting foreign investment during the pandemic.

In September, the Thai government announced new measures to attract high-income professionals and four other categories of people to migrate to Thailand with the tax rate level.

The country seeks to attract affluent frequent travellers to live there, which they would be allowed to do if they made a foreign direct or real estate investment of US$500,000 (RM2 million), among other conditions.

Thailand also wants to lure to its shores wealthy retirees, professionals who wish to live and work remotely from there, and high-tech professionals.

It is estimated that Thailand can attract a million foreigners to live there, increasing investments and taxation.

It also predicted that within five years, 800 billion baht (RM100.186 million) of investments and 270 billion baht of tax revenue (RM33.8 billion) will be added to the country’s coffers.

But looking at the records of the Tourism, Arts and Culture Ministry, the MM2H programme brought RM21.1 billion revenue to the country from 2007 to 2019.

The MM2HCA projected that the least income that the MM2H programme brought into the country from 2002 to 2019 was RM38.165 billion, and this amount has yet to cover the income from MM2H participants through education and tourism.

The Home Ministry reported that there are currently 57,478 active MM2H holders made up of 28,249 main applicants with 28,229 who are family dependents, while the number of Silver Hair Programme (for retirees) participants is 6,432.

The Home Ministry gave a written reply to the Parliament on September 14 that there is RM921 million fixed deposit placement as of 2019 by MM2H participants.

MM2HCA estimates that there are still many successful MM2H applicants unable to travel to Malaysia due to the travel restriction imposed on major target markets such as Hubei and other provinces in China, as well as Japan, South Korea and several western countries in early February 2020.

MM2HCA projected the cumulative fixed deposit placement shall be RM9.18 billion from 2002 to 2019. The figures do not include withdrawals or partial withdrawals.

And although the school has not yet received any withdrawals as a result of the new MM2H conditions, the school hopes that the government can review the latest conditions.

“No parent has said they will not renew their visas once it expires, but they are concerned with the new regulations,” Tee said.

She said international students can continue their studies since they can still apply for student visas and their parents can apply for an accompanying visa.

However, she does not deny that the MM2H visa will have an impact on the enrolment of international schools in the long run.

Tee also said the enrolment rate of foreign students at Fairview International School had dropped slightly during the pandemic.

“During the epidemic, the challenges faced by schools include ensuring that every child is safe from Covid-19 and how to help children learn efficiently through online lessons.

“Foreign students also faced visa issues when the epidemic first broke out last year and had been resolved since the middle of this year.

“At present, foreign students have successfully obtained visas to study at the school.”

The MM2H programme was suspended pending review since 2019 but will resume next month. – TMI

NEWS October 26, 2021
Abdul Azeez's “conversation” with a wild elephant in fluent Tamil has drawn the ire of RSN Rayer.

NEWS October 26, 2021
Faizal Azumu today defended his remarks to Pandelela who recently spoke up about sexual harassment incidents she endured from national coaches in the past.

NEWS October 26, 2021
Idris Haron says Melaka better off under a multiracial and clean administration rather than a Malay-Muslim state government that was corrupt and incompetent.